Remember this: the poem writes you. Don’t even try to believe that first idea the muse dropped in your lap at 3am will be faithful – she’s a flirt and will never be quite what she promised to be because to become a poem she needs to be translated, and there aren’t enough words in the world, in every language to do that. She’ll almost be what you want her to be, perhaps, if you’re lucky – or not – and pare and trim and snip and add and stroke and coax her as you will and she will solidify in parts, liquify in parts, but other ideas will come to the dance and wink at what you think you’ve made her. You need them, too, poet, for the jealousy they stir, the fires they’ll light and douse. They are the agents between worlds and words and they will take your babydoll idea and fatten her up.

Now toss in a rhyme and structure. Now you’ve built her a house with fine windows and she looks different with the light behind her, doesn’t she? Not how you imagined. Older. Thicker in the middle. And that breeze moves her hair in not quite quite the way you’d like and if you shut that window you will have the view and not the breeze but now the reflections are bothersome.

Write things around her that sting; she’ll shout at you for writing them. Let the darker corners of the house curl about your ankles and hers like the family cat, and greet them as such. Then let her push you down the stairs and, when you’re crumpled at the bottom and she’s standing over you, probe her with questions about the cancer that devoured your cousin, the boy who folded himself, your best friend’s car and your best friend into oblivion, ask her to repeat the stupid things you’ve said that have maimed and stung and bloated and floated beyond hope of making things better. Rake those trenches of exasperation, frustration, desperation, desolation, isolation. Make her cry; after the tears, she’s clearer. But she’ll never again be the golden fresh-faced idea the muse whispered to you in the wee hours. After everything she says and everything you transcribe, she will leave and you will be left holding a poem.
It will look ordinary.

This entry was posted on January 5, 2013 by AlisonBoydArtist in Freeform, Poetic forms and tagged creativity, evolution of a poem, poetry, the darker poem, the muse, writing. 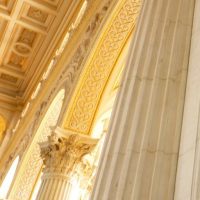 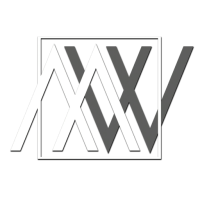 Meditations on Art and Life

a resource for moving poetry

Linking collage work to the meaning of personal and universal symbols.

At Home in Florence: Italian Renovations

This is my adventurous story about buying, designing, and renovating homes in ITALY